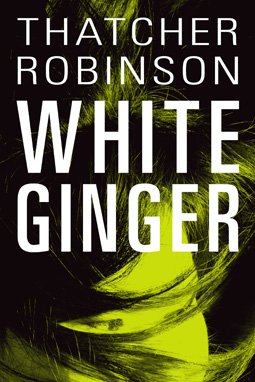 Haunted by the disappearance of his mother when he was eight years old, detective Hud Matthews begins his own investigation to find out what really happened so many years before.

Armed with Buddhist philosophy and wicked knife skills, Bai Jiang works at being a better person by following her conscience, while struggling with what she likes to think of as "aggressive assertiveness."

When a girl goes missing in San Francisco's Chinatown, Bai is called upon as a souxun, a people finder, to track down the lost girl. The trail leads to wannabe gangsters, flesh peddlers, and eventually to those who have marked Bai for death.

Enlisting the aid of her closest friend and partner, Lee-a sophisticated gay man who protects her, mostly from herself-and Jason-a triad assassin and the father of her daughter-they follow the girl across the Bay and across the country. Bai confronts paid assassins and triad hatchet men, only to find that being true to her beliefs as a Buddhist and staying alive are often at odds. At the same time, fighting a faceless enemy who seems committed to having her killed fills her with anger and fear that sometimes turns into a burning rage with deadly consequences.

“A new series featuring delicious characters and an intriguing setting…. An unconventional, very modern take on a mystery, with dry humor and wit. Definitely worth a try!”
—-RT Book Reviews, 4 1/2 stars (Fantastic - Keeper)

“A dagger-throwing Buddhist, Bai is a one-of-a-kind protagonist. Fans of feisty female investigators will find much to like in Robinson’s first novel.”
—-Booklist

“The taut writing and excellent action sequences make this debut an engrossing read. The chemistry between Bai and her ex add a sensual flavor…. Readers who like their suspense novels propelled by a strong female protagonist against the backdrop of a foreign culture will want to give this book a shot.”
-Library Journal 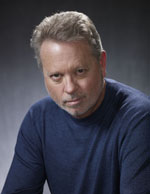 Thatcher Robinson (Carmichael, CA) is a full-time writer. He was previously employed as the chief operating officer of an Internet security firm that develops top-secret cyber warfare materials for the military and various government agencies. Prior to that, he was a software specialist at IBM research laboratories in Research Triangle Park, North Carolina.
Photo © Gerry McIntyreGMPdigital.com