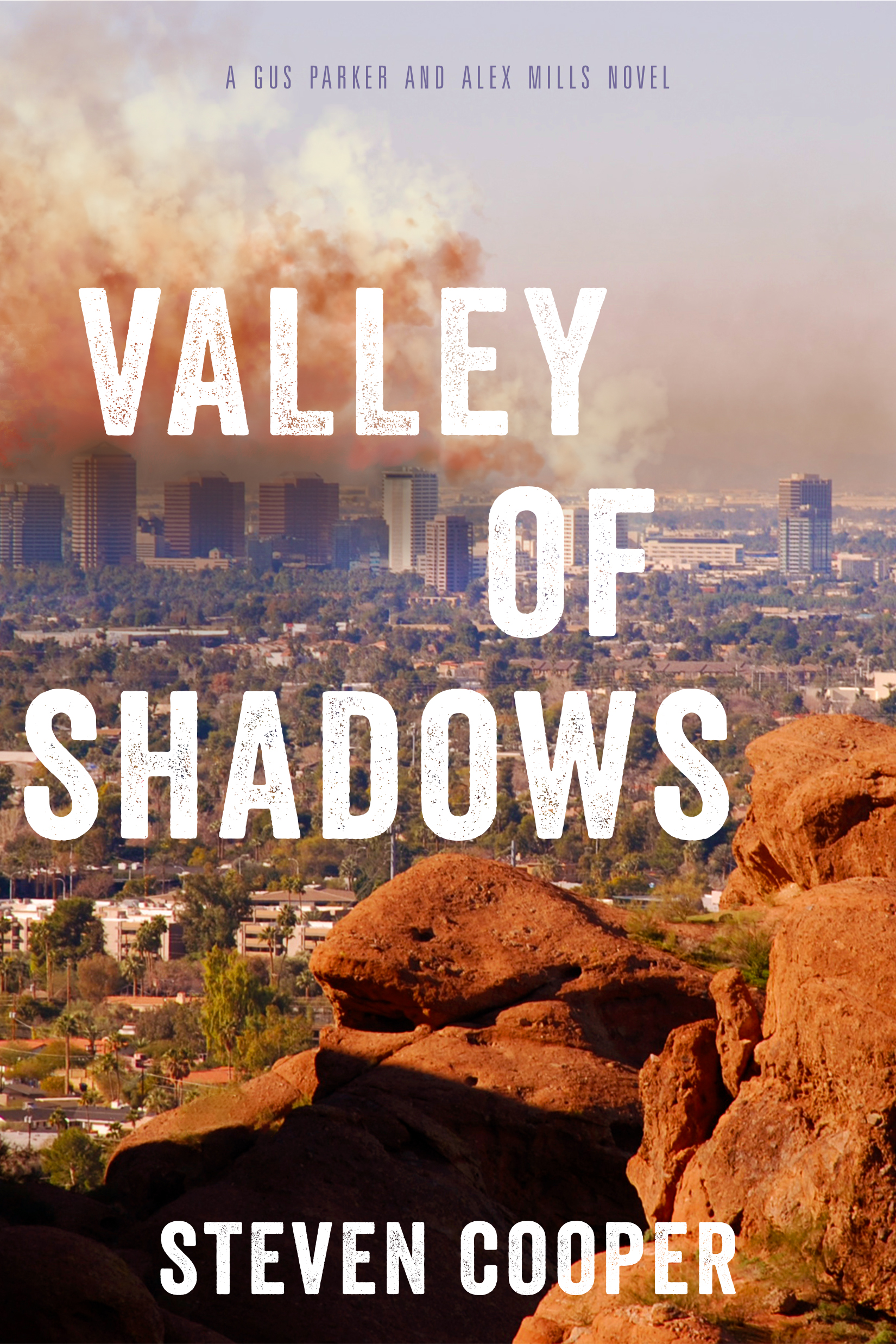 When Phoenix police detective Alex Mills is called to a lavish mansion to investigate the homicide of a high-flying socialite, he knows the case is going to get complicated.

High society maven Viveca Canning is dead, and a priceless painting by the legendary artist Salvador Dalí is missing. With no known enemies, the beloved heiress was an unlikely candidate for murder ... or was she?

With the help of his partner, psychic to the stars Gus Parker, Alex starts digging through evidence and interviewing suspects, including Viveca's playboy son and estranged daughter -- who may not be telling everything they know ... Meanwhile Gus is troubled by visions of his own, about a exotic seas, a perilous journey, and a doomed flight.

Smart, sexy, and fast, Valley of Shadows takes the reader on a whirlwind ride through the sun-bleached suburbs and starry deserts of the Southwest, where nothing is ever quite as it seems.

“From its wry, hilarious, electric-drill opening sentences, this crisp, no-nonsense procedural with a huge, beating heart captured mine. The team of down-to-earth cop Alex Mills and empath psychic Gus Parker delves into the death of a wealthy socialite, and, let me tell you, I never wanted to see bad guys get theirs so much.”

—EMILY CARPENTER, author of Burying the Honeysuckle Girls and Until the Day I Die

“Beneath the endless money, the gorgeous mountain homes, and the perfectly-ordered lives of Phoenix high society lies a seething, malignant obsession with power and wealth that feeds on the ambitions and insecurities of the members of a cultish religion. In Valley of Shadows, Steven Cooper thrusts Alex Mills and Gus Parker into the middle of their most hair-raising investigation yet.”

“A withering, sweltering trial by endless sun and swirling dust storms, VALLEY OF SHADOWS is a masterful mash-up of police procedure and psychic investigation. Gus Parker and Alex Mills form one of the most memorable detective teams in crime fiction today. You won’t put this down no matter how parched your throat or sweaty your brow. Steven Cooper has written a fiery gem of thriller, full of visions of tragedy and acts of loving devotion.”

“With Valley of Shadows, Steven Cooper has pulled off a neat trick. He’s written a tightly-plotted police procedure that somehow manages to subvert genre expectations and offer something brand new. Think you know what to expect from a detective teaming up with a psychic? Better think again. Long live Detective Alex Mills and his reluctant psychic sidekick, Gus Parker.” 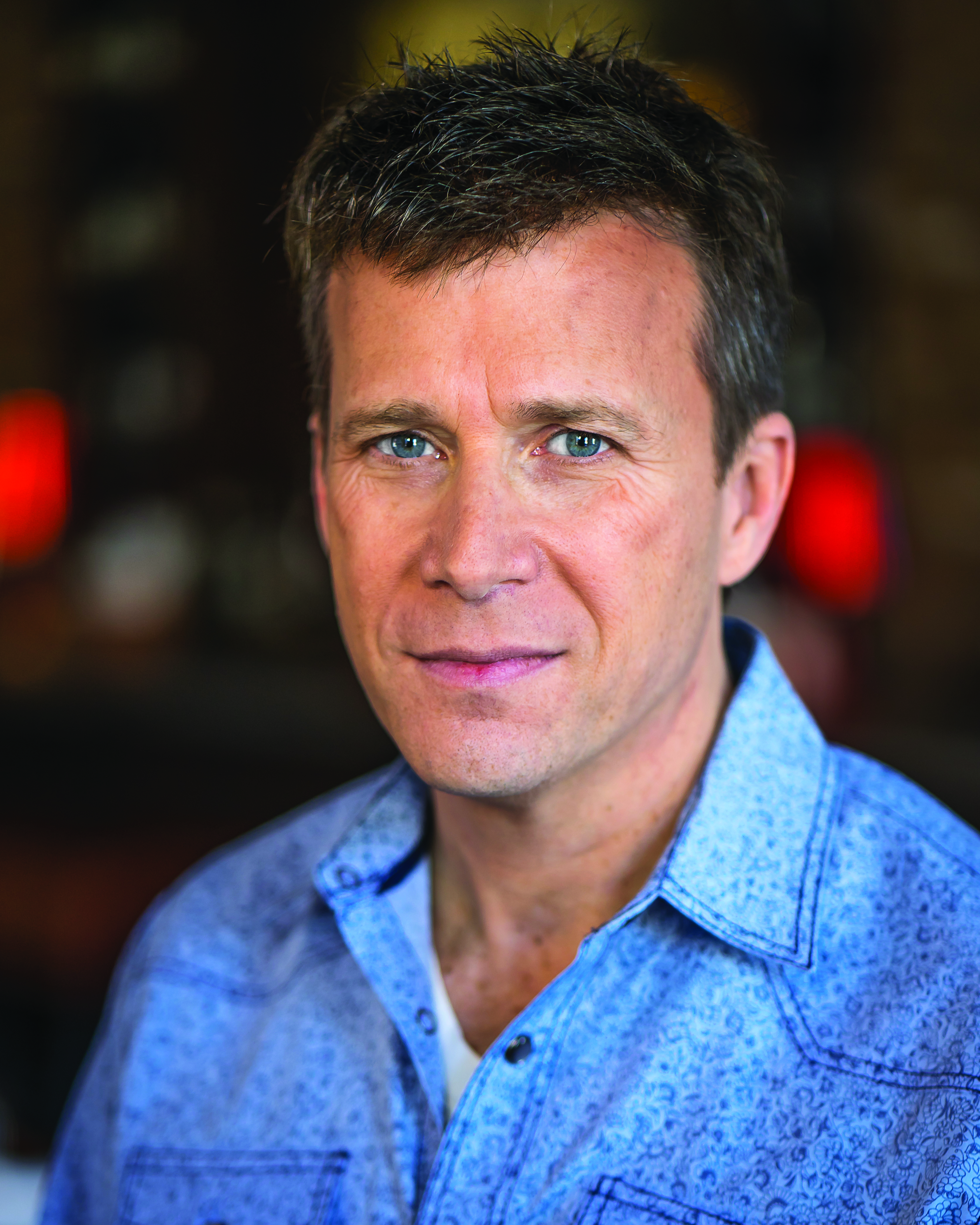 Steven Cooper is the author of Dig Your Grave and Desert Remains. A former investigative reporter, Steven has received multiple Emmy Awards, a national Edward R. Murrow Award, and many honors from the Associated Press. He has lived all over the country and has traveled all over the planet. Currently, Atlanta is home.