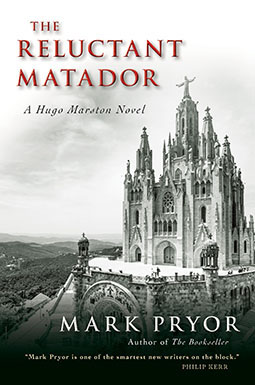 Her father turns for help to his old friend Hugo Marston, the security chief at the American Embassy. Marston makes some enquiries and quickly realizes something is amiss: Amy was not a model, as she claimed, but a dancer at a seedy bar. Now she's in Spain with a guy named Felix.

With his friend and former CIA agent Tom Green, Marston heads for Barcelona. Breaking into Felix's house, the two sleuths encounter a shocking scene: Amy's father, Bart, standing over the dead and battered body of their chief suspect. Though Bart protests his innocence, under the damning circumstances, Spanish authorities arrest him for murder.

Then Felix's body disappears from the morgue and Marston receives a grisly package containing human body parts. The two American investigators are faced with their biggest challenge ever: find the real killer, prove Bart's innocence, and locate his missing daughter-without getting killed along the way.

“In The Reluctant Matador, Mark Pryor’s Hugo Marston returns in top form—and that is very good indeed. Pryor is one of the best new voices in crime fiction; and Hugo Marston, one of the most appealing detectives to come along in years.”

“Enough intrigue to satisfy every reader.” 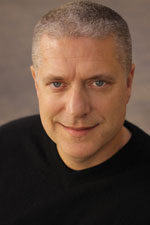 Mark Pryor is the author of the Hugo Marston novels The Bookseller, The Crypt Thief, The Blood Promise, andThe Button Man, and the true-crime book As She Lay Sleeping. A native of Hertfordshire, England, he is an assistant district attorney in Austin, Texas, where he lives with his wife and three children.