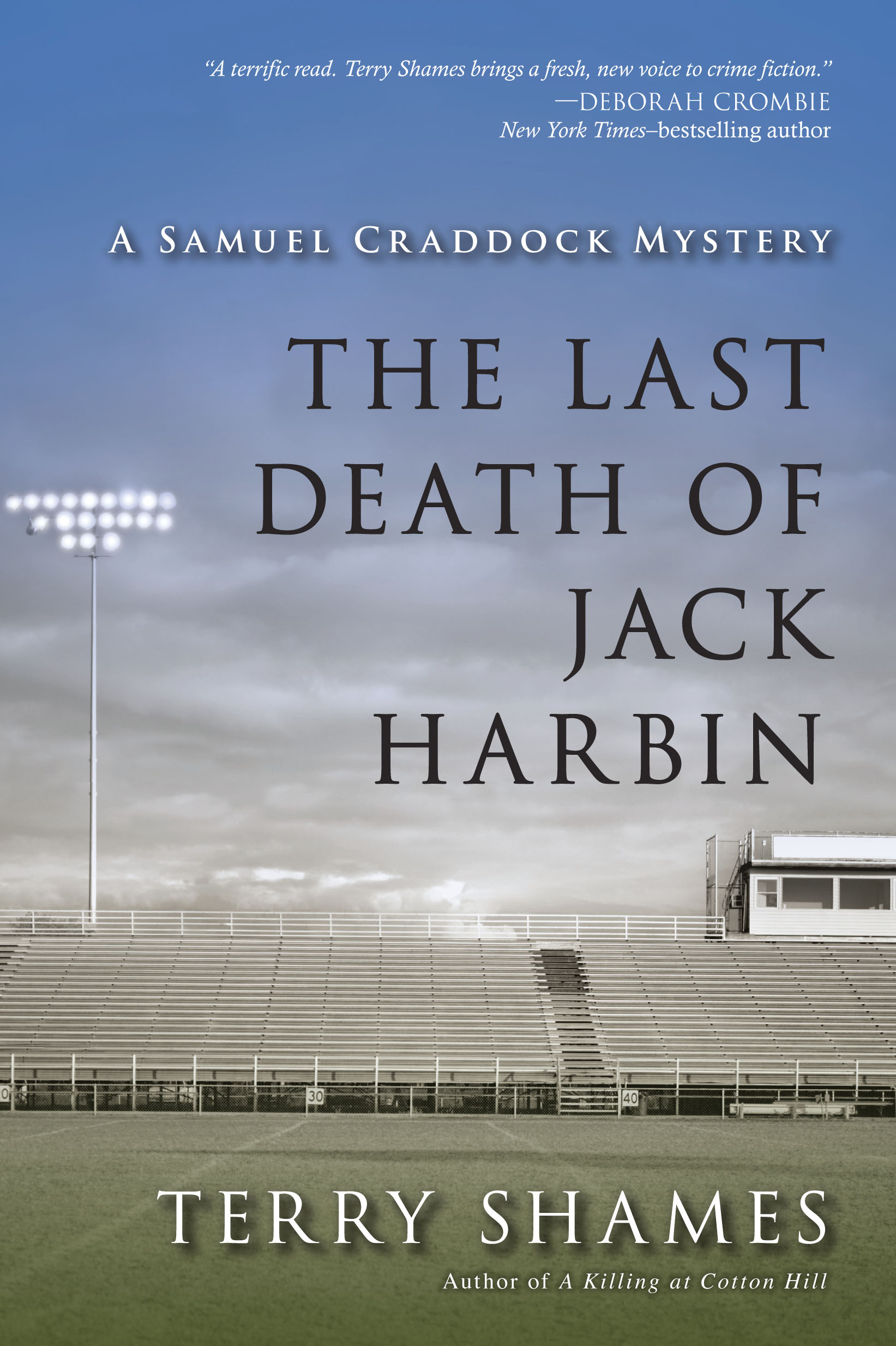 The Last Death of Jack Harbin

The shocking murder of a wounded veteran challenges the investigative skills of ex-chief Samuel Craddock.

Just before the outbreak of the Gulf War, two eighteen-year-old football stars and best friends from Jarrett Creek, Texas signed up for the army. But Woody Patterson was rejected and stayed home to marry the girl they both loved, while Jack Harbin came back from the war badly damaged. The men haven't spoken since. Just as they are about to reconcile, Jack is brutally murdered. With the chief of police out of commission, it's up to trusted ex-chief Samuel Craddock to investigate. Against the backdrop of small-town loyalties and betrayals, Craddock discovers dark secrets of the past and present to solve the mystery of Jack's death.

Praise for The Last Death of Jack Harbin:

"Following up on her stellar debut, Shames proves that she isn't a one-hit wonder. . . . [Her] grizzled, world-weary Craddock is a nuanced and artfully drawn character who embodies the positive values of small-town Texas as he gets deeper into a multilayered story of trust and betrayal. Shames turns Jarrett Creek into much more than a backdrop—it's a complex character in the story. Samuel Craddock is a hero worth rooting for. We will be hearing much more from Terry Shames. Highly recommended."
—Sheldon Siegel, New York Times–bestselling author of The Terrorist Next Door

Praise for A Killing at Cotton Hill:

"A Killing at Cotton Hill enchants with memorable characters and a Texas backdrop as authentic as bluebonnets and scrub cedars. A splendid debut by a gifted writer who knows the human heart. Definitely a candidate for both the Edgar and Agatha awards for Best First Novel."
—Carolyn Hart, author of Escape from Paris

"Terry Shames does small-town Texas crime right, and A Killing at Cotton Hill is the real thing. It has humor, insight, and fine characters. Former chief of police Samuel Craddock is a man readers are going to love, and they'll want to visit him and Jarrett Creek, Texas, often."
—Bill Crider, author of Compound Murder, A Dan Rhodes Mystery

Not just another retired lawman, Samuel Craddock is wizened but not hardened, rusty but still plenty sharp, a self-described 'sentimental old fool' who can still run circles around the current chief of police. More than man enough to carry Shames's new series, Samuel anchors a compelling cast of characters that imbues A Killing at Cotton Hill with style, heart, and a generous helping of rural sensibility."
—Sophie Littlefield, bestselling, award-winning author of Garden of Stones

"Samuel Craddock is a man you want to have covering your back, and Terry Shames's small Texas town is so real you can taste the dirt. I heard Texas in every line of dialogue and could see the houses and the people as clearly as if I were sitting on a front porch in Jarrett Creek. Beautifully written."
—Susan C. Shea, author of Murder in the Abstract, a Dani O'Rourke mystery

"[A] promising debut. . . . Readers will want to see more of the likable main character, who compassionately but relentlessly sifts the evidence. Convincing small-town atmosphere and a vivid supporting cast."
—Publishers Weekly

Terry Shames (Berkeley, CA) is a freelance writer and coeditor of Fire in the Hills, a book of stories, poems, and photographs about the 1991 Oakland Hills Fire. She grew up in Texas and continues to be fascinated by the convoluted loyalties and betrayals of the small town where her grandfather was the mayor. Terry is a member of the Mystery Writers of America and Sisters in Crime.