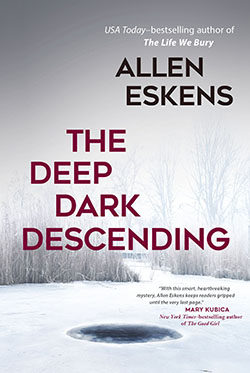 Homicide Detective Max Rupert never fully accepted his wife’s death, even when he believed that a reckless hit and run driver was the cause.

But when he learns that in fact she was murdered, he devotes himself to hunting down her killers. Most of his life he had thought of himself as a decent man. But now he’s so consumed with thoughts of retribution that he questions whether he will take that last step and enact the vengeance he longs for.

On a frozen lake near the US-Canadian border, he wrestles with a decision that could change his life forever, as his hatred threatens to turn him into the kind of person he has spent a career bringing to justice.

“One of the most talented writers in mystery fiction today.”

“Eskens’s elegant but chilly prose, like winter in the blood, is well suited to this fiercely told morality tale (and its deeply cynical ending), which is sure to send all of us wretched sinners straight to hell.”

“Readers looking for a new voice should pay attention to Eskens.”

“Eskens has conjured up a marvelously black spirit of a novel. It’s a taut, intelligent, heart-ripping story that explores the darkest places in the human psyche. After each unexpected twist, you’ll tell yourself things can’t get any worse. And then they do."

“The talented Allen Eskens fulfills the rich promise of his Edgar®-nominated debut with this chilling, dark, and sinister thriller. With precision and authority, Eskens’s determined cop hero takes one intriguing clue—and pursues it into spiraling disaster. With a deadly surprise around every corner and a bleak undercurrent of noir-like dread, this book will haunt you.”

“Another great, dark, and brooding page-turner from Allen Eskens, with a tragic protagonist who will break your heart. Eskens’s characters will haunt you long after you finish reading.”

“[The Heavens May Fall is] A mature and sophisticated cops-and-lawyers story, satisfying in every way. I loved it.” 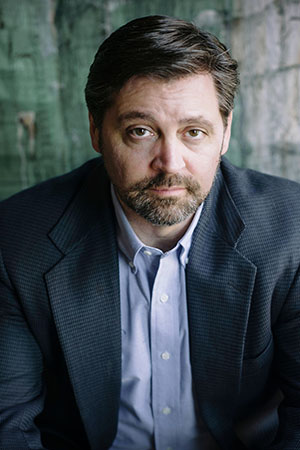 Allen Eskens is the award-winning and USA Today-bestselling author of The Life We Bury, The Guise of Another, and The Heavens May Fall. A criminal-defense attorney for twenty-five years, he lives with his wife in Minnesota, where he is a member of the Twin Cities Sisters in Crime.