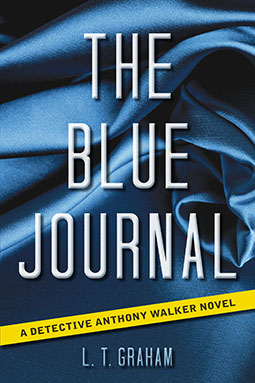 When one of Randi Conway’s psychotherapy patients is found dead of a gunshot wound, the investigation is turned over to Detective Anthony Walker.

Formerly a New York City cop, Walker now serves on the police force of an affluent community in Fairfield County, Connecticut. He lives among the privileged gentry, where he understands that appearances are often far removed from reality. This certainly proves to be true in the death of Elizabeth Knoebel, when Walker discovers that she had been keeping a private journal entitled “SEXUAL RITES”.

In her diary, Elizabeth was recording the explicit details of her sexual adventures with various men, many of whom were married to the women in her therapy group. Elizabeth was a predator bent on seducing and, in some instances, humiliating these men, obsessed with a perverse mission that Walker believes led to her murder.

As Walker uncovers the secrets of Elizabeth’s memoir, he becomes convinced that her killer is another of Randi Conway’s patients.

“The Blue Journal is a taut, twisty, and terrific psychological thriller about what happens when the curtain is pulled back on affluent suburbia. Featuring a terrific hero who’s like Robert Parker’s Jesse Stone on steroids, it will leave you closing the blinds even while wondering if anyone is trying to peek through them. Brilliantly conceived and wondrously timely.”