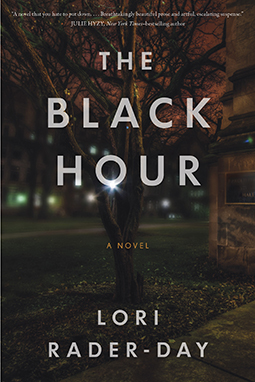 He also shot himself. Now he's dead and she's back on campus, trying to keep up with her class schedule, a growing problem with painkillers, and a question she can't let go: Why?

All she wants is for life to get back to normal, but normal is looking hard to come by. She's thirty-eight and hobbles with a cane. Her first student interaction ends in tears (hers). Her fellow faculty members seem uncomfortable with her, and her ex-whom she may or may not still love-has moved on.

Enter Nathaniel Barber, a graduate student obsessed with Chicago's violent history. Nath is a serious scholar, but also a serious mess about his first heartbreak, his mother's death, and his father's disapproval. Assigned as Amelia's teaching assistant, Nath also takes on the investigative legwork that Amelia can't do. And meanwhile, he's hoping she'll approve his dissertation topic, the reason he came to grad school in the first place: the student attack on Amelia Emmet.

Together and at cross-purposes, Amelia and Nathaniel stumble toward a truth that will explain the attack and take them both through the darkest hours of their lives.

“An exceptional debut…. An irresistible combination of menace, betrayal, and self-discovery.”

“Captivates from page one…. This reviewer was bowled over by the novel’s alternating points of view, superb storytelling, and pitch-perfect take on academia.”

“This first novel about two broken people is a psychological thriller like the best of Alfred Hitchcock. Amelia Emmet is a professor desperately trying to recover from a gunshot wound, and Nathaniel Barber is a student struggling to come to grips with his mother’s death and a lost love. Their journey, told in alternating chapters, isriveting and full of surprising discoveries. Highly recommended.”

“Rader-Day’s addictive prose is atmospheric and laced with dread. Rothbert’s lakeshore campus in the shadow of Chicago drips with dark secrets, and as in all good mysteries, every character is enigmatic and fascinating. A perfect thriller for the summer, THE BLACK HOUR transcends the tropes and formulas of the mystery genre while deftly portraying academia and the city of Chicago as characters in their own right.”

“You know how wonderful it is to find a novel that you hate to put down? Lori Rader-Day’s debut was just such a book for me. From its breathtakingly beautiful prose to its artful, escalating suspense, The Black Hour kept pulling me back for just one more page, one more chapter.”

“A terrific whydunnit! This dark page-turner of a puzzle—well-written, with bite and style and edge and simmering conflict—will keep you riveted from page one.”

“A riveting, ingenious first novel…. The Black Hour will linger with you weeks after you’ve read it.”

“Utterly compelling. The question at the heart of The Black Hour is original and engrossing, and I defy anyone not to devour the book to get to the answer…. A triumph.”

—CATRIONA MCPHERSON, author of As She Left It

“The Black Hour is the rarest of mysteries: one that wants to keep you turning pages in a cold sweat, suspecting every character you meet of both the best and the worst motives; and also one that has something complicated and important to say about the forces that impel us toward death…and life. It’s an extraordinary debut, marking the arrival of a major new voice in literary suspense.”

—CHRISTOPHER COAKE, PEN/Bingham Award–winning author of You Came Back

“Lori Rader-Day’s debut The Black Hour is the perfect thriller—smart, tense, and foreboding. Every page left me hungry for the next.”

“In her debut psychological thriller Lori Rader-Day joins the ranks of Barbara Vine and Sophie Hannah. Examining the deep complexities of damaged people, she teases and tempts the reader as she leads to her harrowing conclusion.”

—TERRY SHAMES, author of The Last Death of Jack Harbin

“So often, mysteries set in academe are populated by ivy-draped eccentrics with a terminal case of the cutes. Lori Rader-Day’s Rothbert U is anything but cute: The atmosphere, for faculty and students alike, is ruthlessly competitive and mistrustful. Her characters, beginning with Amelia Emmet, are complex, capable of surprising both themselves and us. Like Barbara Vine [Ruth Rendell], Rader-Day is as interested in the why of evil things as in the who.”

"The Black Hour is a brilliant suspense debut, rich in psychological nuance and the cold, terrifying places where our worst fears—and darkest desires—reside. Let’s hope this is only the first of many from this talented newcomer.”

“Rader-Day captures the angst and envy lurking behind every campus doorway…. Most impressive about this suspense debut: the unfolding tale of how easily an individual can goad another into hatred, suicide, or murder.” 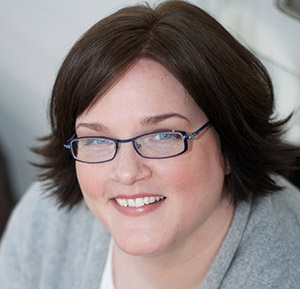 Lori Rader-Day, author of The Black Hour and Little Pretty Things, is a two-time Mary Higgins Clark Award nominee and the recipient of the 2014 Anthony Award for Best First Novel. Lori’s short fiction has appeared in Ellery Queen Mystery Magazine, Time Out Chicago, Good Housekeeping, and other publications. She lives in Chicago, where she teaches mystery writing at StoryStudio Chicago and serves as the president of the Mystery Writers of America Midwest Chapter. Her third novel will be released by Harper Collins William Morrow in spring 2017.