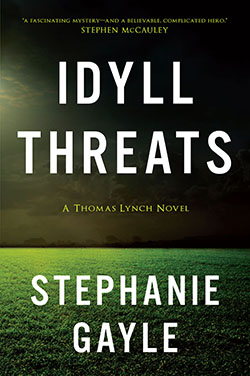 Clean-cut Thomas Lynch is police chief of Idyll, Connecticut, where serious crimes can be counted on one hand—until Cecilia North is found murdered on the town’s golf course.

By chance, Chief Lynch met her mere hours before she was killed. The case should be a slam dunk. But there’s a problem. If he tells his detectives about meeting the victim, he’ll reveal his greatest secret—he’s gay.

So Lynch works angles of the case on his own. Without the aid of fellow detectives, he is forced to seek help from unlikely allies—a Goth teen and a UFO-obsessed conspiracy theorist. Meanwhile, he must contend with pressure from the mayor to solve the crime before the town’s biggest tourist event opens, all the while coping with the suspicions of his men, casual homophobia, and difficult memories of his partner’s recent death.

During the investigation, Lynch realizes that small town Idyll isn’t safe, especially for a man with secrets that threaten the thing that he loves most—his job.

“In Idyll Threats, Stephanie Gayle has crafted a fascinating mystery and—even more engaging for this reader—a believable, complicated hero. Thomas Lynch is a flawed, sympathetic man struggling with the benefits and risks of coming to terms with himself. I was rooting for him the whole way.”
—STEPHEN McCAULEY, author of The Object of My Affection and Insignificant Others

“Stephanie Gayle strings a tightwire of psycho-sexual tension, then gives it a radical twist in this smart, riveting tale of small-town murder and homophobia.”
—CRAIG FAUSTUS BUCK, author of Go Down Hard

“Lynch is a deeply compelling character…. Readers will want to see how the next two decades treat this intriguingly complex cop, should this fine crime debut launch a series.”
—BOOKLIST, STARRED REVIEW 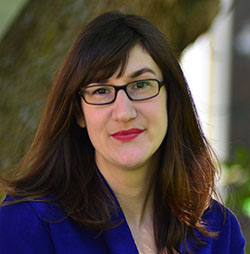 Stephanie Gayle is the author of My Summer of Southern Discomfort, which was chosen as one of Redbook’s Top Ten Summer Reads and was a Book Sense monthly pick. Gayle has also published stories and narrative nonfiction pieces, including two Pushcart Prize nominees.