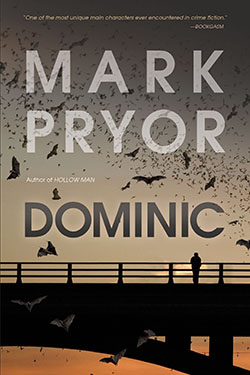 Only two other people know that Dominic, a charming Englishman, prosecutor, and musician in Austin, Texas, is also a psychopath. They also know that a year ago he got away with murder.

One of those people is his “special lady,” and the other is her brother, a teenager and fellow psychopath called Bobby. When a wily homicide detective starts digging up that past murder, little Bobby offers to take care of the problem—permanently. Dominic tries to dissuade him, but as he himself knows, psychopaths aren’t good with following instructions. Or impulse control.

As Detective Megan Ledsome circles closer, Dominic knows his life depends on keeping his secrets hidden, from her and the rest of the world. And when his annoying office-mate declares his interest in a judicial position, one he himself would like, Dominic realizes that one of his carefully-orchestrated plans could kill two birds with one stone.

Of course, that means some sleight of hand and a sacrifice or two. But if there’s one thing a psychopath doesn’t mind, it’s sacrificing other people.

”As sharp and slick as a switchblade—both excellent entertainment and an acute psychological portrait. Add Mark Pryor to your must-read list—I have."

“One of the freshest and most chilling noirs since Megan Abbott’s Dare Me.”

—MysteryPeople, PICK OF THE MONTH

“Innovative… Dominic is a fascinating protagonist.”

“Devilishly clever…. As the mishaps escalate for the conspirators, so does the suspense, culminating in a denouement worthy of the neo-noir film classic The Usual Suspects.”

“Pryor’s exquisite [novel] is a gem that explores a man who will go to any lengths to fulfill his needs. On the surface, what seems like a crime novel ends as a carefully plotted thriller.”

“An audacious [novel] that dares the reader to sympathize with a coldblooded killer whose lack of empathy allows his cunning to run free.”

“One of the most unique main characters ever encountered in crime fiction.”

“Incredibly addictive… A masterfully executed and an engaging romp with some morally ambiguous characters, Hollow Man is well worth the time.” 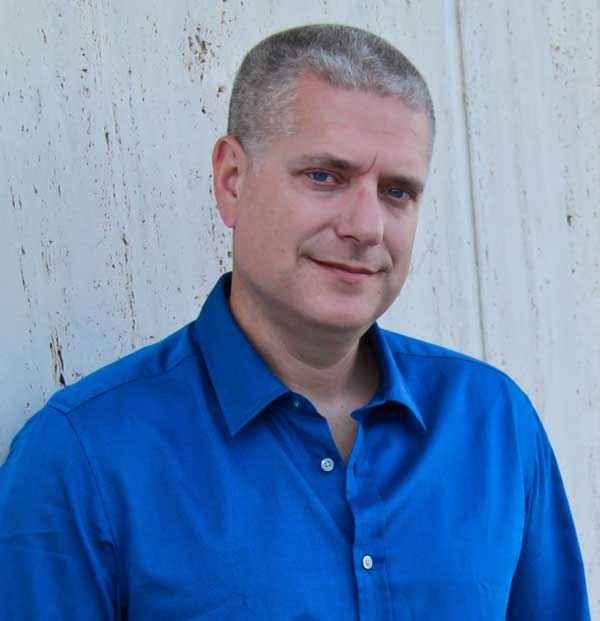 Mark Pryor is the author of Hollow Man and the Hugo Marston novels The Bookseller, The Crypt Thief, The Blood Promise, The Button Man, The Reluctant Matador, The Paris Librarian, and The Sorbonne Affair. He has also published the true-crime book As She Lay Sleeping. A native of Hertfordshire, England, he is an assistant district attorney in Austin, Texas, where he lives with his wife and three children.