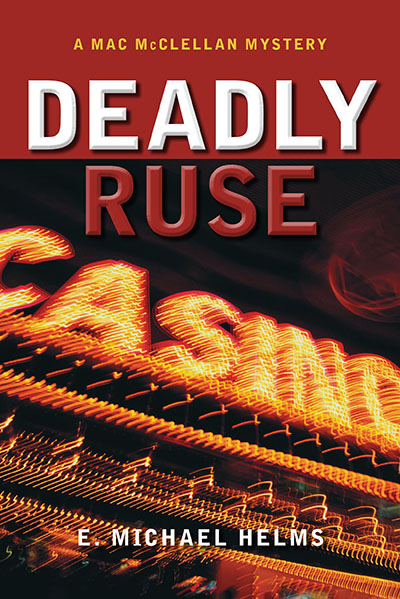 A routine night at the movies turns dramatic when Mac’s girlfriend Kate believes she sees a ghost from her past in the lobby. Mac’s investigation uncovers a pattern of deceit that could have life-threatening consequences.

Mac's girlfriend, Kate Bell, thinks she's seen a ghost. Wes Harrison, Kate's former boyfriend, supposedly perished twelve years ago in a boating accident. But now she swears a man she spotted in a crowded theater lobby is Wes. Mac has his doubts-it was only a fleeting glimpse. But to calm her shattered nerves, he starts making inquiries.

A clue leads him from his home in St. George, Florida, to a Texas orphanage. There he uncovers startling information that turns both his and Kate's world upside-down. Diamond smuggling, sex, deceit, and murder are just part of the twisted tale that emerges from Kate's earlier life. Using wit, grit, and the ingrained military training of a former Marine, Mac starts to fit the pieces of this scrambled puzzle together.

Further clues point to the Palmetto Royale Casino and Resort near St. George. He and Kate discover that the casino is a front for big drug deals. When they barely escape a murder attempt, Mac knows he's on the right track.

But he better play his cards right-because losing this high-stakes game could cost him his life.

“Campground-dwelling, Scotch-loving private investigator Mac McClellan pulled me into his risky world on page one. The setting may be Florida’s panhandle instead of Boston, but E. Michael Helm’s new P.I. reminds me very much of Robert B. Parker’s Spencer and Jeremiah Healy’s John Cuddy. Good stuff.”

“This debut…will resonate with retired military, boomers, and all Florida crime fiction fans.…Helms’s love of his novel’s setting, and his engaging first-person narrative and internal musings suggest a winning new series is under way.”

Library Journal STARRED REVIEW and DEBUT OF THE MONTH

“Deadly Catch combines a good read with vivid descriptions of the Florida panhandle. The characters, both villains and heroes, are well developed…The plot is solid with plenty of twists and turns to keep you guessing. This book has something for everyone with mystery, suspense and even a little bit of romance.”

“Read this tale and soak up single malt, inhale Mac’s grilled potatoes and roasted onions, learn how to make marijuana brownies (first heat the canola oil…), and join Mac in a really fine set piece toward the end… It’s a scene reminiscent of Fleming, and it’s the Mac we want to see if we meet again: a man of action, working alone.”

“Deadly Catch’s fast paced narrative is clear and concise. The main character is a likable guy whose involvement in this murder-mystery creates a tense situation.”

“Although small in page-size, this book is extremely large when it comes to thrills and mystery!… Readers will find themselves rooting for Mac and Kate as they read this extremely well-written mystery. And the avid angler may even think twice before heading out on their boat for a relaxing day of fishing.” 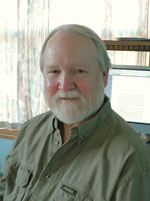 E. Michael Helms is the author of Deadly Catch, the first Mac McClellan mystery. His memoir of his Vietnam combat service, The Proud Bastards, has remained in print for two decades. Originally published by Kensington/Zebra in 1990, it was republished in 2004 by Simon & Schuster/Pocket Star, and has sold nearly 50,000 copies (Pocket Star edition). The memoir is also a past hardcover selection of The Military Book Club. Helms is also the author of Of Blood and Brothers, a two-part novel about the Civil War. Helms currently resides with his wife Karen in the foothills of the Blue Ridge Mountains in South Carolina.