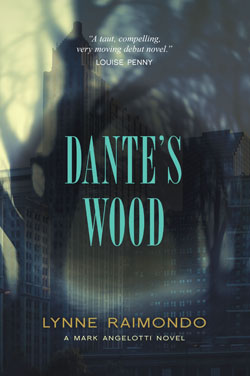 A troubled psychiatrist turns investigator when a young patient confesses to murder.

Psychiatrist Mark Angelotti knows that genes don't lie. Or do they?

Back at work after a devastating illness, Mark believes he has put his past behind him when he is asked to examine Charlie Dickerson, a mentally handicapped teenager whose wealthy mother insists he is a victim of sexual abuse. Mark diagnoses a different reason for Charlie's ills, but his prescription turns deadly when a teacher is murdered and Charlie confesses to the police.

Volunteering to testify on Charlie's behalf, Mark's worst fears are realized when paternity tests show the victim was pregnant with Charlie's child. Now it's up to Mark to prove Charlie's innocence in a case where nothing is as first meets the eye.

Not even genes—Mark's or Charlie's—can be trusted to shine a light on the truth.

—Library Journal, Starred Review
and Debut of the Month

"If you cross Christie's And Then There Were None,
Grisham's The Firm and Harris' The Silence of the Lambs,
you might get something like [this.]"

"Raimondo's wonderful writing brings the heart-stopping action to life, and she is just as accomplished at pulling the readers' heartstrings.… The book ends with the mystery of the killer wrapped up, but it leaves the mystery of the ensuing trajectory of Mark's life wide open. I'm looking forward to finding out about the latter in future installments of the series."

"Angelotti's smart-aleck tendencies and unswerving dedication to his vulnerable client—as well as an exciting climax—keep the reader turning the pages."

"[A] terrific mystery starring a wise-cracking protagonist
who uses self-deprecating humor as a defense mechanism…. The storyline grips the reader from the moment Mark and Charlie meet…."

"Readers will love Mark's dry, sarcastic wit…. [He is] is a vivid character, an astute and insightful man."