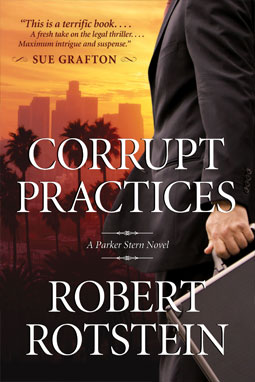 An attorney with courtroom stage fright must uncover the truth . . . and confront his own long-buried secrets.

Parker Stern's legal career is on the rise. But when his mentor Harmon Cherry commits suicide, Parker begins experiencing stage fright so severe that he becomes paralyzed whenever he steps into a courtroom. Unable to work, he languishes at a coffee house that is owned by his former law partner (and occasional lover) Deanna Poulos.

His down time is interrupted when Rich Baxter, another ex-colleague, calls from jail and asks Parker to represent him. Baxter has been charged with embezzling millions from his church, a powerful cult that Parker despises. At their first meeting, Baxter surprises Parker by claiming that Harmon Cherry did not commit suicide, but was murdered by someone connected to the church. Parker doesn't believe it until Baxter is found hanging in his cell.

Ultimately, Parker agrees to represent Baxter's father in a lawsuit brought by the church. In the process of representing his client and uncovering the truths behind the deaths of his friends, Parker must overcome his own long-buried secrets and deep-seated fears.

“I’m a big fan of the Parker Stern novels, and The Bomb Maker’s Son might be the best yet…. The characters are fresh and well developed, the plots are intricate, and there are always multiple twists to keep me reading frantically to the very last page. Put this at the top of your to-read list. Put the whole series at the top of your to-read list.”

“With a hero chasing his own shadowy instincts and duplicity everywhere, this story lingers long after the last page. The storytelling is intense—the plot building layer upon tense layer.”

“The Bomb Makers Son is fast-moving with more than one surprise and enough moral dilemmas to fill up a law school exam.”

“Law and disorder rule in Robert Rotstein’s riveting thriller where what happens in the ’70s doesn’t stay in the ’70s. A smooth story with a strong finish.”

PRAISE FOR THE PARKER STERN NOVELS:

“Stern is a wonderfully complex hero in an occupation that forces him to combat his limitations. And this novel’s action really puts the ’thriller’ in legal thriller.”

“This is a terrific book. Just terrific. Robert Rotstein has come up with a fresh take on the legal thriller and he does a first-rate job. Parker Stern is a complex and well-developed protagonist and the story is beautifully structured for maximum intrigue and suspense.”

“Rotstein has created an unforgettable character in attorney Parker Stern. He’s unlike anyone I’ve read in literature. Corrupt Practices is an intelligent, fast-paced, exciting thriller with an intricate plot that kept me on the edge of my seat. The ending had my heart pounding. I stayed up late, finished it in two sittings, and wished there had been more.”

“A tautly constructed, fast-moving narrative with an appealing protagonist…. This promises to be a compelling series for legal-thriller fans. Get in at the start.” 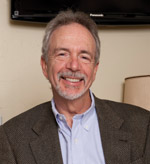 Robert Rotstein (Los Angeles, CA), an entertainment attorney with over thirty years' experience, is the author of the Parker Stern novels Corrupt Practices and Reckless Disregard. He's represented all of the major motion picture studios and many well-known writers, producers, directors, and musicians. He lives in Los Angeles, California.