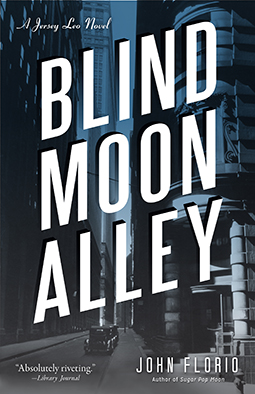 Also available in ebook format US and Canadian Rights

It's Prohibition. It's Philadelphia. And Jersey Leo doesn't fit in.

Jersey is an albino of mixed race. Known as "Snowball" on the street, he tends bar at a speakeasy the locals call the Ink Well. There, he's considered a hero for having saved the life of a young boy. But when his old grade school buddy, Aaron Garvey, calls from death row and asks for one last favor, all hell breaks loose.

Jersey finds himself running from a band of crooked cops, hiding an escaped convict in the Ink Well, and reuniting with his grammar school crush-the now sultry Myra Banks, who has shed a club foot and become a speakeasy siren. Through it all, Jersey tries to safeguard the Ink Well with no help other than his ragtag group of friends: his ex-boxing-champion father, Ernie Leo; the street-savvy Johalis; a dim-witted dockworker named Homer; and the dubious palm reader Madame Curio. With them, Jersey digs for the truth about his friend Aaron Garvey-and winds up discovering a few things about himself.

“Hits a comfortable niche between hard-boiled and breezy…. Blind Moon Alley is a fun, fast read that bodes well for another Jersey Leo installment.”

“Compelling….Florio has an unerring feel for the era and people, and we believe in these characters. Readers will cheer for Leo, a tough guy with a heart of hurt.”

“Jersey’s second caper, which finds room for several quirky characters in its crannies, is hard-boiled enough to remind readers of Hammett and Chandler.”

“A fast-paced tale where you never know what’s coming next…. One of those good, old prohibition-style mob stories that brings a tear to the eye and a laugh out loud…. Readers will definitely hope [for] more Jersey Leo stories.”

“This is a hard-boiled, Prohibition-era novel and Jersey Leo is a well-developed, engaging character….” 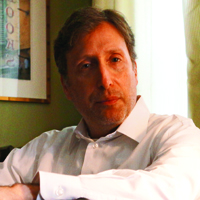 John Florio is a freelance writer whose work has appeared in print, on the web, and on television. He is the author of Sugar Pop Moon and Blind Moon Alley-the first two Jersey Leo crime novels-and One Punch from the Promised Land: Leon Spinks, Michael Spinks, and the Myth of the Heavyweight Title. He lives in Brooklyn, New York, with his wife, Ouisie Shapiro.