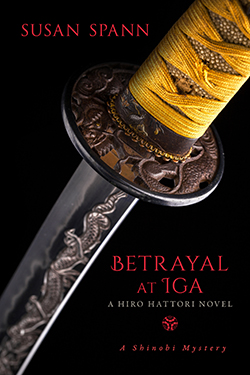 But when an ambassador from the rival Koga clan is murdered during peace negotiations, Hiro and Father Mateo must find the killer in time to prevent a war between the ninja clans.

With every suspect a trained assassin, and the evidence incriminating not only Hiro’s commander, the infamous ninja Hattori Hanzo, but also Hiro’s mother and his former lover, the detectives must struggle to find the truth in a village where deceit is a cultivated art. As tensions rise, the killer strikes again, and Hiro finds himself forced to choose between his family and his honor.

PRAISE FOR THE NINJA’S DAUGHTER:

“The Ninja’s Daughter is a compelling mystery powered by political intrigue and cultural conflicts. Susan Spann portrays sixteenth-century Japan with a love of detail and setting that never swamps the vivid characters and the story, which centers on the murder of a girl with dreams beyond her station.”

“Steeped in the lore of samurai culture and ninja stealth, The Ninja’s Daughter weaves a sophisticated tapestry of intrigue and murder. Compelling, exotic, and irresistible.”

PRAISE FOR CLAWS OF THE CAT:

“While Spann demonstrates admirable attention to detail in her ninja detective debut, it’s the contemporary tone of her prose that makes this intriguing 16th-century historical so accessible. Laura Joh Rowland fans will like this book for the time period, but the ’buddy tone’ is reminiscent of Ian Morson’s ’Nick Zuliani’ series and Gary Corby’s ’Athenian Mysteries’ series.”

“Spann displays her knowledge and expertise while presenting a fascinating and complicated mystery. This is fun, historically entertaining and a very good book.”

Claws of the Cat is an excursion into 16th-century Japan where exotic locales take on a familiar flavor as a samurai investigates a murder….It’s an intriguing tale with dramatic descriptions and vivid characterizations, revealing that love, jealousy, and greed not only are universal emotions, but also remain unchanged by the centuries.”

PRAISE FOR BLADE OF THE SAMURAI:

“An outstanding historical mystery set in Japan during the shogunate….What adds to the enjoyment of the history is a most elegant mystery that grows out of the politics of the time….All this is told in stripped down prose as we edge carefully through the thickets of confusion and emerge on to the plain of revelation as the killer is unmasked and uncertainty over the threat to the shogun is resolved.”

“Hiro and Father Mateo’s second adventure (Claws of the Cat, 2013) combines enlightenment on 16th-century Japanese life with a sharp and well-integrated mystery.”

PRAISE FOR FLASK OF THE DRUNKEN MASTER:

“Spann’s third historical set in 16th-century Japan (after Blade of the Samurai) offers an accessible entry into the country’s fascinating history and culture…. An added draw are Hiro and Father Mateo, who make a remarkable crime-solving team.” 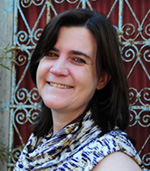 Susan Spann is the 2015 Rocky Mountain Fiction Writers’ Writer of the Year and the author of four previous novels in the Shinobi Mystery series: Claws of the Cat, Blade of the Samurai, Flask of the Drunken Master, and The Ninja’s Daughter. She has a degree in Asian Studies and a lifelong love of Japanese history and culture. When not writing, she works as a transactional attorney focusing on publishing and business law, and raises seahorses and rare corals in her marine aquarium.